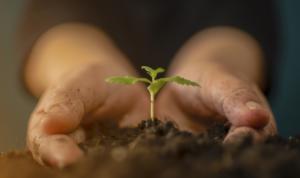 In December 2018, the U.S. House voted overwhelmingly to pass the Farm Act Bill of 2018, which defines industrial hemp more broadly to cover all parts of the plant, including seeds, derivatives, extracts, and cannabinoids (with 0.3% THC or less). Additionally, the bill removed hemp (and CBD) from the Controlled Substance Act (CSA). This made CBD legal for topical use and ingestion. Both redefining industrial hemp and the removal from the CSA have been integral to the growth of the hemp industry, and the legality of hemp-derived CBD products, however, the agriculture, processing, and manufacturing of hemp and CBD has been a long, bumpy road.
In October of 2001, the DEA (Drug Enforcement Agency) published a ruling which stated industrial hemp products with even trace amounts of THC were unlawful. This interpretive rule banning any hemp-derivatives (i.e. hemp seed, oil, or food products) occurred with neither a compelling reason nor with the required public notice and comment period. This ruling was a substantial blow to the hemp industry and resulted in a lawsuit between the DEA, and the Hemp Industries Association (HIA). In February of 2004 (proceeding years of litigation), the Ninth Circuit Court of Appeals issued a unanimous decision in favor of the HIA.
In December 2016, the DEA published a new drug code, which contradicted the Farm Bill Act of 2014, thereby resulting in another lawsuit between the DEA and the HIA. In April of 2018, the Ninth Circuit Court released a very short decision in favor of the DEA that did not classify hemp-derived cannabidiol (CBD) as a controlled substance, nor did it signify that the popular hemp product was federally illegal. Therefore, declaring CBD legal for ingestion and topical use. In fact, the ruling had no legal or practical impact on hemp or hemp products. Here’s why: 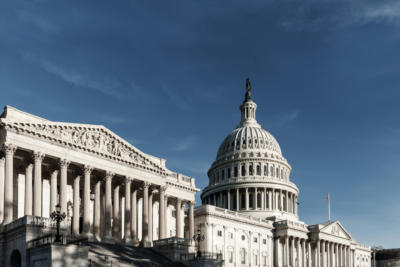 Perhaps even more significantly, during the litigation process, the DEA admitted that the marijuana extract rule did not apply to hemp. In a key legal brief, the DEA admitted that the Rule “does not apply to any substance that the CSA did not previously control as ‘marijuana.’ It simply requires that persons handling a subset of the materials defined as ‘marijuana’ write a different identification number on their administrative paperwork.”

The Controlled Substance Act (CSA) is the federal U.S. drug policy under which the manufacture, importation, possession, and use and distribution of specified chemicals and substances are regulated. The addition, deletion or change of schedule of a medicine or substance may be requested by the DEA, the Department of Health and Human Services (HHS), the Food and Drug Administration (FDA), or from any other party via petition to the DEA. Under Schedule I, a substance must meet the following three requirements:

A high potential for abuse indicates a habit-forming behavior, and then a sharp decline in physical and mental health, however cannabidiol is neither addictive nor does it have the potential for abuse. In fact, some studies have found CBD to be an effective solution for addiction. Legal CBD has a multitude of practical applications.
The second inconsistency is Americans are currently using CBD as a means of easing anxiety, stress, pain, and most notably, epileptic seizures in children. Thirdly, although much of the research surrounding CBD is anecdotal (due predominantly to prohibition), we do know for certain that CBD is non-psychoactive, meaning the user will not experience intoxication, regardless of the dosage. We also know there has never been a single reported death from ingesting or inhaling cannabis. As quoted by DEA Judge Francis Young:

Rx Remedies Inc. is in compliance with Sec. 7606 of the Farm Bill Act.